Our History:
A Legacy of
Innovation

For over 50+ years, Starwin Industries has served the engineering and manufacturing needs of countless organizations within several of the world’s major industries including aerospace, defense, medical, automotive, agriculture and energy. From a small, family-owned business to a leader in complex machining, composite components, and contract manufacturing across the globe – our history has been filled with accomplishments that have built our reputation for innovation, unbounded capability, and creative manufacturing. 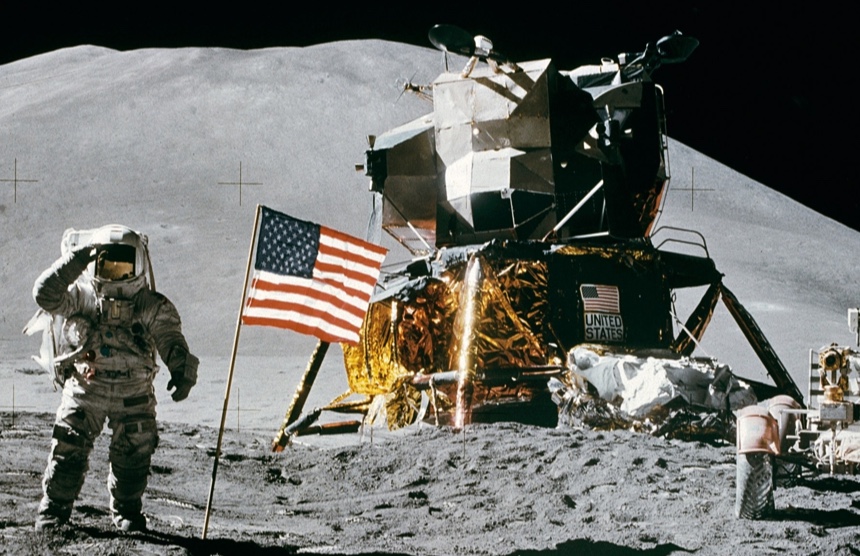 Have a question about one of our specialized products or need a custom engineered solution?
Contact us! We're here to help!

Our story began over half a century ago in Dayton, Ohio – a city with a long history of innovation, and the birthplace of countless groundbreaking inventions. In 1960, our founders, Anthony and Norman Staub, set out to leave their own mark on their hometown’s history, founding the Dayton Scale Model Company with woodworking machinery in a small garage.

Nine years into the business, NASA requested multiple one-third scale models of the Apollo Lunar Module – the lander that carried Neil Armstrong to the moon. Dayton Scale Model took the job, and their work is still currently on display at the Glenn Research Facility near Cleveland, Ohio.

A turning point came in 1974 when the brothers developed and patented the process for manufacturing fiberglass tennis rackets. Designed to be more flexible and powerful than the most high-end wooden and metal models, the Staubs’ composite rackets were a hit, earning the notoriety of the pros including former tennis world champion, Bobby Riggs.

In the wake of this success, Anthony and Norman discovered the true purpose of their company – It was a vehicle to change the world by challenging the limits of what is possible, seeing opportunity where others don’t, and creating solutions that defy the even the most cynical. To reflect this commitment, the Dayton Scale Model Company became Starwin Industries, and moved to a larger plant, joined by a team of 15 people. Thanks to the expansion in both space and workforce, they were able to manufacture 20,000 composite tennis rackets. Although, while a radical success, this was certainly not the limit of Starwin’s ambitions.

At Starwin Industries, it’s not simply the challenge that attracts us to a project, but also the creativity, striving to be multifaceted in everything we do. In the 1980s, we demonstrated this unconventional creativity on what would become and remain a record-breaking project with NASA. Located at the Ames Research Center in Mountain View, California is the largest wind-tunnel in the world, and the site of rigorous testing for nearly all commercial aircraft, as well as space flight technology manufactured in the United States. Starwin supplied 109 vanes for the tunnel, constructed of fiberglass overlaid on rock maple, and measuring 12ft long with a 4ft chord and 40-degree twist angle.

By the end of the decade, our reputation and affinity for unusual projects had preceded us, and Bell Aerospace awarded Starwin the contract to build a one-fifth scale model of an Air Cushion Crash Rescue Vehicle. The final vehicle was fully operational, could hover across water, crawl over a 35ft diameter mud hole via tank treads, and travel at 15 MPH across terrain.

Starwin didn’t stop there, but continued to exercise creativity through a notable partnership with Kenner Toys, creating advertising models of Star Wars action figures, including the infamous Jabba the Hutt.

The 1990s marked a break into two primary industries: defense and energy. In 1992, Starwin became a qualified supplier of radomes for the US military, which in turn expanded our capabilities in composite manufacturing so much so that it comprises a large majority of the work we do today. Currently, we’re qualified on over 75 varieties of radomes designed to support the F-15, F-16, F-18, and B-52; in addition to several naval fire control systems including the SLQ-32.

By 2007, Starwin became a giant within the defense, energy, and aerospace industries, continuing our founders’ pursuit of innovation and advancement. As far as stand-out achievements, however, the 2000s belonged to aerospace.

A few years later, a star project was featured at the Paris Airshow of 2011 – Starwin’s one-half scale model of Nexcelle/Safran’s C919 turbine engine that highlighted the company’s Integrated Propulsion Unit (IPU). The model was 4ft in diameter by 8ft long, mounted to a 7ft tall steel stand, and constructed of carbon fiber and fiberglass for enhanced strength and transportability. The model included opening outer doors that showcased maintenance accessibility and an outer nacelle powered by an electric motor that demonstrated thrust reverser deployment. This interactivity granted viewers the chance to experience the benefit of the IPU in a visually tangible way.

2018-Present
The Voyage of a Lifetime

It’s now been over half a century since the Staub Brothers opened their garage in Dayton, OH, and began making history. Their dedication to tireless innovation, unconventional creativity, and remarkable progress remain tightly woven into the Starwin culture today. In 2018, we were proud to announce our continued expansion and growth within the industry as Starwin Industries was acquired by ETI Mission Control, LLC, a Simon Group Holdings company. From 1960 to today, the Starwin legacy lives on! Starwin continues to be a leader in advanced manufacturing and is committed to investing in industry-leading technology to provide the highest level of quality and service to our customers now and for years to come.